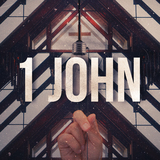 1John 5:1 Whoever believes that Jesus is the Christ is born of God, and whoever loves the Father loves the child born of Him.
1John 5:2 By this we know that we love the children of God, when we love God and observe His commandments.
1John 5:3 For this is the love of God, that we keep His commandments; and His commandments are not burdensome.
1John 5:4 For whatever is born of God overcomes the world; and this is the victory that has overcome the world — our faith.
1John 5:5 Who is the one who overcomes the world, but he who believes that Jesus is the Son of God?

Acts 9:22 Yet Saul grew more and more powerful and baffled the Jews living in Damascus by proving that Jesus is the Christ.

Acts 18:5  When Silas and Timothy came from Macedonia, Paul devoted himself exclusively to preaching, testifying to the Jews that Jesus was the Christ.

1Sam. 15:22 Samuel said,
“Has the LORD as much delight in burnt offerings and sacrifices
As in obeying the voice of the LORD?
Behold, to obey is better than sacrifice,
And to heed than the fat of rams.

Acts 1:21 Therefore it is necessary to choose one of the men who have been with us the whole time the Lord Jesus went in and out among us,
Acts 1:22 beginning from John’s baptism to the time when Jesus was taken up from us. For one of these must become a witness with us of his resurrection.”

Acts 10:36 You know the message God sent to the people of Israel, telling the good news of peace through Jesus Christ, who is Lord of all.
Acts 10:37 You know what has happened throughout Judea, beginning in Galilee after the baptism that John preached—
Acts 10:38 how God anointed Jesus of Nazareth with the Holy Spirit and power, and how he went around doing good and healing all who were under the power of the devil, because God was with him.

John 1:32 John testified saying, “I have seen the Spirit descending as a dove out of heaven, and He remained upon Him.

Rom. 6:4 Therefore we have been buried with Him through baptism into death, so that as Christ was raised from the dead through the glory of the Father, so we too might walk in newness of life.

John 1:32  Then John gave this testimony: “I saw the Spirit come down from heaven as a dove and remain on him.
John 1:33 I would not have known him, except that the one who sent me to baptize with water told me, ‘The man on whom you see the Spirit come down and remain is he who will baptize with the Holy Spirit.’
John 1:34 I have seen and I testify that this is the Son of God.”

Matt. 3:16  As soon as Jesus was baptized, he went up out of the water. At that moment heaven was opened, and he saw the Spirit of God descending like a dove and lighting on him.
Matt. 3:17 And a voice from heaven said, “This is my Son, whom I love; with him I am well pleased.”

Luke 9:28  About eight days after Jesus said this, he took Peter, John and James with him and went up onto a mountain to pray.
Luke 9:29 As he was praying, the appearance of his face changed, and his clothes became as bright as a flash of lightning.
Luke 9:30 Two men, Moses and Elijah,
Luke 9:31 appeared in glorious splendor, talking with Jesus. They spoke about his departure, which he was about to bring to fulfillment at Jerusalem.
Luke 9:32 Peter and his companions were very sleepy, but when they became fully awake, they saw his glory and the two men standing with him.
Luke 9:33 As the men were leaving Jesus, Peter said to him, “Master, it is good for us to be here. Let us put up three shelters—one for you, one for Moses and one for Elijah.” (He did not know what he was saying.)
Luke 9:34  While he was speaking, a cloud appeared and enveloped them, and they were afraid as they entered the cloud.
Luke 9:35 A voice came from the cloud, saying, “This is my Son, whom I have chosen; listen to him.”

John 12:27  “Now my heart is troubled, and what shall I say? ‘Father, save me from this hour’? No, it was for this very reason I came to this hour.
John 12:28 Father, glorify your name!”  Then a voice came from heaven, “I have glorified it, and will glorify it again.”
John 12:29 The crowd that was there and heard it said it had thundered; others said an angel had spoken to him.

1John 5:13 These things I have written to you who believe in the name of the Son of God, so that you may know that you have eternal life.
1John 5:14 This is the confidence which we have before Him, that, if we ask anything according to His will, He hears us.
1John 5:15 And if we know that He hears us in whatever we ask, we know that we have the requests which we have asked from Him.

Eph. 2:1 As for you, you were dead in your transgressions and sins,
Eph. 2:2 in which you used to live when you followed the ways of this world and of the ruler of the kingdom of the air, the spirit who is now at work in those who are disobedient.
Eph. 2:3 All of us also lived among them at one time, gratifying the cravings of our sinful nature and following its desires and thoughts. Like the rest, we were by nature objects of wrath.
Eph. 2:4 But because of his great love for us, God, who is rich in mercy,
Eph. 2:5 made us alive with Christ even when we were dead in transgressions—it is by grace you have been saved.

1John 5:18  We know that no one who is born of God sins; but He who was born of God keeps him, and the evil one does not touch him.
1John 5:19 We know that we are of God, and that the whole world lies in the power of the evil one.
1John 5:20 And we know that the Son of God has come, and has given us understanding so that we may know Him who is true; and we are in Him who is true, in His Son Jesus Christ. This is the true God and eternal life.
1John 5:21 Little children, guard yourselves from idols.

1Cor. 2:11 For who among men knows the thoughts of a man except the man’s spirit within him? In the same way no one knows the thoughts of God except the Spirit of God.
1Cor. 2:12 We have not received the spirit of the world but the Spirit who is from God, that we may understand what God has freely given us.
1Cor. 2:13 This is what we speak, not in words taught us by human wisdom but in words taught by the Spirit, expressing spiritual truths in spiritual words.
1Cor. 2:14 The man without the Spirit does not accept the things that come from the Spirit of God, for they are foolishness to him, and he cannot understand them, because they are spiritually discerned.