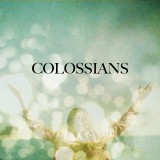 Col. 2:6 Therefore as you have received Christ Jesus the Lord, so walk in Him,
Col. 2:7 having been firmly rooted and now being built up in Him and established in your faith, just as you were instructed, and overflowing with gratitude.

Col. 2:9 For in Him all the fullness of Deity dwells in bodily form,
Col. 2:10 and in Him you have been made complete, and He is the head over all rule and authority;
Col. 2:11 and in Him you were also circumcised with a circumcision made without hands, in the removal of the body of the flesh by the circumcision of Christ;
Col. 2:12 having been buried with Him in baptism, in which you were also raised up with Him through faith in the working of God, who raised Him from the dead.
Col. 2:13 When you were dead in your transgressions and the uncircumcision of your flesh, He made you alive together with Him, having forgiven us all our transgressions,
Col. 2:14 having canceled out the certificate of debt consisting of decrees against us, which was hostile to us; and He has taken it out of the way, having nailed it to the cross.
Col. 2:15 When He had disarmed the rulers and authorities, He made a public display of them, having triumphed over them through Him.

Heb. 2:14 Therefore, since the children share in flesh and blood, He Himself likewise also partook of the same, that through death He might render powerless him who had the power of death, that is, the devil,
Heb. 2:15 and might free those who through fear of death were subject to slavery all their lives.

Col. 2:16 Therefore no one is to act as your judge in regard to food or drink or in respect to a festival or a new moon or a Sabbath day—
Col. 2:17 things which are a mere shadow of what is to come; but the substance belongs to Christ.
Col. 2:18 Let no one keep defrauding you of your prize by delighting in self-abasement and the worship of the angels, taking his stand on visions he has seen, inflated without cause by his fleshly mind,
Col. 2:19 and not holding fast to the head, from whom the entire body, being supplied and held together by the joints and ligaments, grows with a growth which is from God.