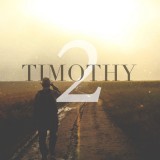 2Tim. 2:14  Remind them of these things, and solemnly charge them in the presence of God not to wrangle about words, which is useless and leads to the ruin of the hearers.
2Tim. 2:15  Be diligent to present yourself approved to God as a workman who does not need to be ashamed, accurately handling the word of truth.
2Tim. 2:16  But avoid worldly and empty chatter, for it will lead to further ungodliness,
2Tim. 2:17  and their talk will spread like gangrene. Among them are Hymenaeus and Philetus,
2Tim. 2:18  men who have gone astray from the truth saying that the resurrection has already taken place, and they upset the faith of some.
2Tim. 2:19  Nevertheless, the firm foundation of God stands, having this seal, “The Lord knows those who are His,” and, “Everyone who names the name of the Lord is to abstain from wickedness.”

I have been reading a lot of stuff about the flat earth theory, and stories relating to Enoch and Angel Uriel, that we have been deceived in many ways about the true shape of the earth.

2Tim. 2:20  Now in a large house there are not only gold and silver vessels, but also vessels of wood and of earthenware, and some to honor and some to dishonor.
2Tim. 2:21  Therefore, if anyone cleanses himself from these things, he will be a vessel for honor, sanctified, useful to the Master, prepared for every good work.

2Tim. 2:22 Now flee from youthful lusts and pursue righteousness, faith, love and peace, with those who call on the Lord from a pure heart.
2Tim. 2:23 But refuse foolish and ignorant speculations, knowing that they produce quarrels.
2Tim. 2:24 The Lord’s bond-servant must not be quarrelsome, but be kind to all, able to teach, patient when wronged,
2Tim. 2:25 with gentleness correcting those who are in opposition, if perhaps God may grant them repentance leading to the knowledge of the truth,
2Tim. 2:26 and they may come to their senses and escape from the snare of the devil, having been held captive by him to do his will.

Heb. 5:12 For though by this time you ought to be teachers, you have need again for someone to teach you the elementary principles of the oracles of God, and you have come to need milk and not solid food.
Heb. 5:13 For everyone who partakes only of milk is not accustomed to the word of righteousness, for he is an infant.
Heb. 5:14 But solid food is for the mature, who because of practice have their senses trained to discern good and evil.
Heb. 6:1 Therefore leaving the elementary teaching about the Christ, let us press on to maturity, not laying again a foundation of repentance from dead works and of faith toward God,
Heb. 6:2 of instruction about washings and laying on of hands, and the resurrection of the dead and eternal judgment.
Heb. 6:3 And this we will do, if God permits.