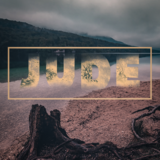 Jude 8 Yet in the same way these people also, dreaming, defile the flesh, reject authority, and speak abusively of angelic majesties.
Jude 9 But Michael the archangel, when he disputed with the devil and argued about the body of Moses, did not dare pronounce against him an abusive judgment, but said, “The Lord rebuke you!”
Jude 10  But these men revile the things which they do not understand; and the things which they know by instinct, like unreasoning animals, by these things they are destroyed

Jude 8 Yet in the same way these people also, dreaming, defile the flesh, reject authority, and speak abusively of angelic majesties.

Ecclesiastes 1:9 What has been will be again, what has been done will be done again; there is nothing new under the sun.

Jeremiah 23:25 “I have heard what the prophets say who prophesy lies in my name. They say, ‘I had a dream! I had a dream!’
Jeremiah 23:26 How long will this continue in the hearts of these lying prophets, who prophesy the delusions of their own minds?
Jeremiah 23:27 They think the dreams they tell one another will make my people forget my name, just as their ancestors forgot my name through Baal worship.
Jeremiah 23:28 Let the prophet who has a dream recount the dream, but let the one who has my word speak it faithfully. For what has straw to do with grain?” declares the Lord.

Jude 9 But Michael the archangel, when he disputed with the devil and argued about the body of Moses, did not dare pronounce against him an abusive judgment, but said, “The Lord rebuke you!”

Proverbs 27:6 Faithful are the wounds of a friend, But deceitful are the kisses of an enemy.

Deut. 34:1 Now Moses went up from the plains of Moab to Mount Nebo, to the top of Pisgah, which is opposite Jericho. And the Lord showed him all the land, Gilead as far as Dan,
Deut. 34:2 and all Naphtali and the land of Ephraim and Manasseh, and all the land of Judah as far as the western sea,
Deut. 34:3 and the Negev and the territory in the Valley of Jericho, the city of palm trees, as far as Zoar.
Deut. 34:4 Then the Lord said to him, “This is the land which I swore to Abraham, Isaac, and Jacob, saying, ‘I will give it to your descendants’; I have let you see it with your eyes, but you will not go over there.”
Deut. 34:5 So Moses the servant of the Lord died there in the land of Moab, in accordance with the word of the Lord.
Deut. 34:6 And He buried him in the valley in the land of Moab, opposite Beth-peor; but no one knows his burial place to this day.

Exodus 17:6 Behold, I will stand before you there on the rock at Horeb; and you shall strike the rock, and water will come out of it, so that the people may drink.” And Moses did so in the sight of the elders of Israel.

Numbers 20:9 So Moses took the staff from before the Lord, just as He had commanded him;
Numbers 20:10 and Moses and Aaron summoned the assembly in front of the rock. And he said to them, “Listen now, you rebels; shall we bring water for you out of this rock?”
Numbers 20:11 Then Moses raised his hand and struck the rock twice with his staff; and water came out abundantly, and the congregation and their livestock drank.

Deut. 32:4 The Rock! His work is perfect,
For all His ways are just;
A God of faithfulness and without injustice,
Righteous and just is He.

James 4:7 Submit yourselves therefore to God, Resist the devil and he will flee from you.

Romans 1:19 because that which is known about God is evident within them; for God made it evident to them.
Romans 1:20 For since the creation of the world His invisible attributes, that is, His eternal power and divine nature, have been clearly perceived, being understood by what has been made, so that they are without excuse.
Romans 1:21 For even though they knew God, they did not honor Him as God or give thanks, but they became futile in their reasonings, and their senseless hearts were darkened.
Romans 1:22 Claiming to be wise, they became fools,
Romans 1:23 and they exchanged the glory of the incorruptible God for an image in the form of corruptible mankind, of birds, four-footed animals, and crawling creatures.
Romans 1:24 Therefore God gave them up to vile impurity in the lusts of their hearts, so that their bodies would be dishonored among them.
Romans 1:25 For they exchanged the truth of God for falsehood, and worshiped and served the creature rather than the Creator, who is blessed forever. Amen.
Romans 1:26 For this reason God gave them over to degrading passions; for their women exchanged natural relations for that which is contrary to nature,
Romans 1:27 and likewise the men, too, abandoned natural relations with women and burned in their desire toward one another, males with males committing shameful acts and receiving in their own persons the due penalty of their error.
Romans 1:28 And just as they did not see fit to acknowledge God, God gave them up to a depraved mind, to do those things that are not proper,

1 Cor. 2:14 But a natural person does not accept the things of the Spirit of God, for they are foolishness to him; and he cannot understand them, because they are spiritually discerned.