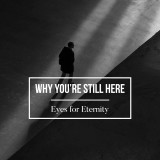 A family had twin boys whose only resemblance to each other was their looks. If one felt it was too hot, the other thought it was too cold. If one said the TV was too loud, the other claimed the volume needed to be turned up. Opposite in every way, one was an eternal optimist, the other a doom and gloom pessimist.

So to teach them a lesson, for Christmas their father loaded the pessimist son’s room with every imaginable toy and game, while the optimist son’s room he loaded with a pile of horse manure.

That night the father passed by the pessimist's room and found him sitting amid his new gifts crying bitterly.

"Why are you crying?" the father asked.

"Because my friends will be jealous, I'll have to read all these instructions before I can do anything with this stuff, I'll constantly need batteries, and my toys will eventually get broken." answered the pessimist twin.

Passing the optimist twin's room, the father found him dancing for joy in the pile of manure. "What are you so happy about?" he asked.

To which his optimist twin replied, "There's got to be a pony in here somewhere!"

Luke 6:22 “Blessed are you when men hate you, and ostracize you, and insult you, and scorn your name as evil, for the sake of the Son of Man.
Luke 6:23 “Be glad in that day and leap for joy, for behold, your reward is great in heaven. For in the same way their fathers used to treat the prophets.

Luke 6:26 “Woe to you when all men speak well of you, for their fathers used to treat the false prophets in the same way.

Phil. 1:1   Paul and Timothy, bond-servants of Christ Jesus,  To all the saints in Christ Jesus who are in Philippi, including the overseers and deacons:

Phil. 1:2 Grace to you and peace from God our Father and the Lord Jesus Christ.

2Pet. 3:14  Therefore, beloved, since you look for these things, be diligent to be found by Him in peace, spotless and blameless,
2Pet. 3:15 and regard the patience of our Lord as salvation; just as also our beloved brother Paul, according to the wisdom given him, wrote to you,
2Pet. 3:16 as also in all his letters, speaking in them of these things, in which are some things hard to understand, which the untaught and unstable distort, as they do also the rest of the Scriptures, to their own destruction.

Phil. 1:3 I thank my God in all my remembrance of you,
Phil. 1:4 always offering prayer with joy in my every prayer for you all,
Phil. 1:5 in view of your participation in the gospel from the first day until now.