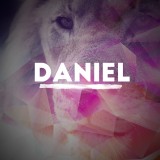 Dan. 3:8  For this reason at that time certain Chaldeans came forward and brought charges against the Jews.
Dan. 3:9  They responded and said to Nebuchadnezzar the king: “O king, live forever!
Dan. 3:10  “You, O king, have made a decree that every man who hears the sound of the horn, flute, lyre, trigon, psaltery, and bagpipe and all kinds of music, is to fall down and worship the golden image.
Dan. 3:11  “But whoever does not fall down and worship shall be cast into the midst of a furnace of blazing fire.
Dan. 3:12  “There are certain Jews whom you have appointed over the administration of the province of Babylon, namely Shadrach, Meshach and Abed-nego. These men, O king, have disregarded you; they do not serve your gods or worship the golden image which you have set up.”

Rom. 13:7  Render to all what is due them: tax to whom tax is due; custom to whom custom; fear to whom fear; honor to whom honor.

Luke 12:4  “I say to you, My friends, do not be afraid of those who kill the body and after that have no more that they can do.
Luke 12:5  “But I will warn you whom to fear: fear the One who, after He has killed, has authority to cast into hell; yes, I tell you, fear Him!

Dan. 3:13  Then Nebuchadnezzar in rage and anger gave orders to bring Shadrach, Meshach and Abed-nego; then these men were brought before the king.
Dan. 3:14  Nebuchadnezzar responded and said to them, “Is it true, Shadrach, Meshach and Abed-nego, that you do not serve my gods or worship the golden image that I have set up?
Dan. 3:15  “Now if you are ready, at the moment you hear the sound of the horn, flute, lyre, trigon, psaltery and bagpipe and all kinds of music, to fall down and worship the image that I have made, very well. But if you do not worship, you will immediately be cast into the midst of a furnace of blazing fire; and what god is there who can deliver you out of my hands?”
Dan. 3:16  Shadrach, Meshach and Abed-nego replied to the king, “O Nebuchadnezzar, we do not need to give you an answer concerning this matter.
Dan. 3:17  “If it be so, our God whom we serve is able to deliver us from the furnace of blazing fire; and He will deliver us out of your hand, O king.
Dan. 3:18  “But even if He does not, let it be known to you, O king, that we are not going to serve your gods or worship the golden image that you have set up.”

Dan. 3:24  Then Nebuchadnezzar the king was astounded and stood up in haste; he said to his high officials, “Was it not three men we cast bound into the midst of the fire?” They replied to the king, “Certainly, O king.”
Dan. 3:25  He said, “Look! I see four men loosed and walking about in the midst of the fire without harm, and the appearance of the fourth is like a son of the gods!”
Dan. 3:26  Then Nebuchadnezzar came near to the door of the furnace of blazing fire; he responded and said, “Shadrach, Meshach and Abed-nego, come out, you servants of the Most High God, and come here!” Then Shadrach, Meshach and Abed-nego came out of the midst of the fire.
Dan. 3:27  The satraps, the prefects, the governors and the king’s high officials gathered around and saw in regard to these men that the fire had no effect on the bodies of these men nor was the hair of their head singed, nor were their trousers damaged, nor had the smell of fire even come upon them.