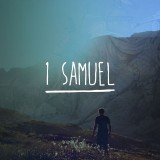 After centuries of God ruling His people through judges, Israel demanded a king like other nations, thereby rejecting the Lord. So the Lord directed the prophet Samuel to appoint a king, Saul, who ruled according to his flesh even as the Lord was preparing another man, David, after His own heart.

Learn how Israel moved to become a nation under a king and how the Lord used Israel's impatience to demonstrate the inadequacy of human rulers in solving the problem of the nation's sin and apostasy. In addition to telling the story of Saul and David, the book of 1 Samuel introduces other well-known biblical characters in scripture including Jonathan, Mephibosheth and others.